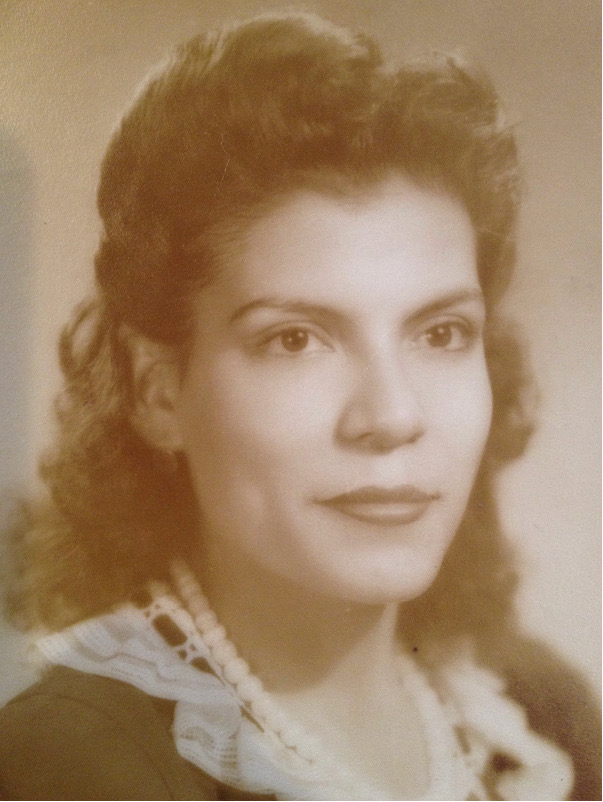 Obituary of Esperanza B. Canales

Esperanza Banda Canales died peacefully in State College, Pennsylvania on October 23, 2019 at the age of 96.

Esperanza is survived by her daughter, Maria Hughes of State College; and her grandchildren Jessica Hughes of Fort Drum, NY, Matthew Hughes of Jacksonville, FL, Charles Hughes of Dillon, CO, Anne Hughes of Camp Arifjan, Kuwait, and Kristina Hughes of West Point, NY. She is predeceased by her husband Ricardo Canales. She was loved dearly by her entire family who affectionately called her "Bita".

Esperanza was born in Morelia, Mexico in 1923. She and her family suffered through the Cristero War and its aftermath. She came to the United States at around the age of 40 and lived a very humble life. She was devoted to the Church and raising her only daughter. Esperanza was the consummate grandmother doting on, and caring for, her five grandchildren. She spent much of her time in her later years in devotional and contemplative prayer for others as a Benedictine Oblate.

Funeral Mass will be held at 10:30 am on Tuesday, October 29, 2019 at Our Lady of Victory Catholic Church, 820 Westerly Parkway, State College, with Father Jonathan Dickson officiating.

Arrangements are under the care of Koch Funeral Home, State College. Online condolences and signing of the guest book may be entered at www.kochfuneralhome.com and on Facebook.

To send flowers to the family or plant a tree in memory of Esperanza Canales, please visit Tribute Store
Monday
28
October

Share Your Memory of
Esperanza
Upload Your Memory View All Memories
Be the first to upload a memory!
Share A Memory
Send Flowers