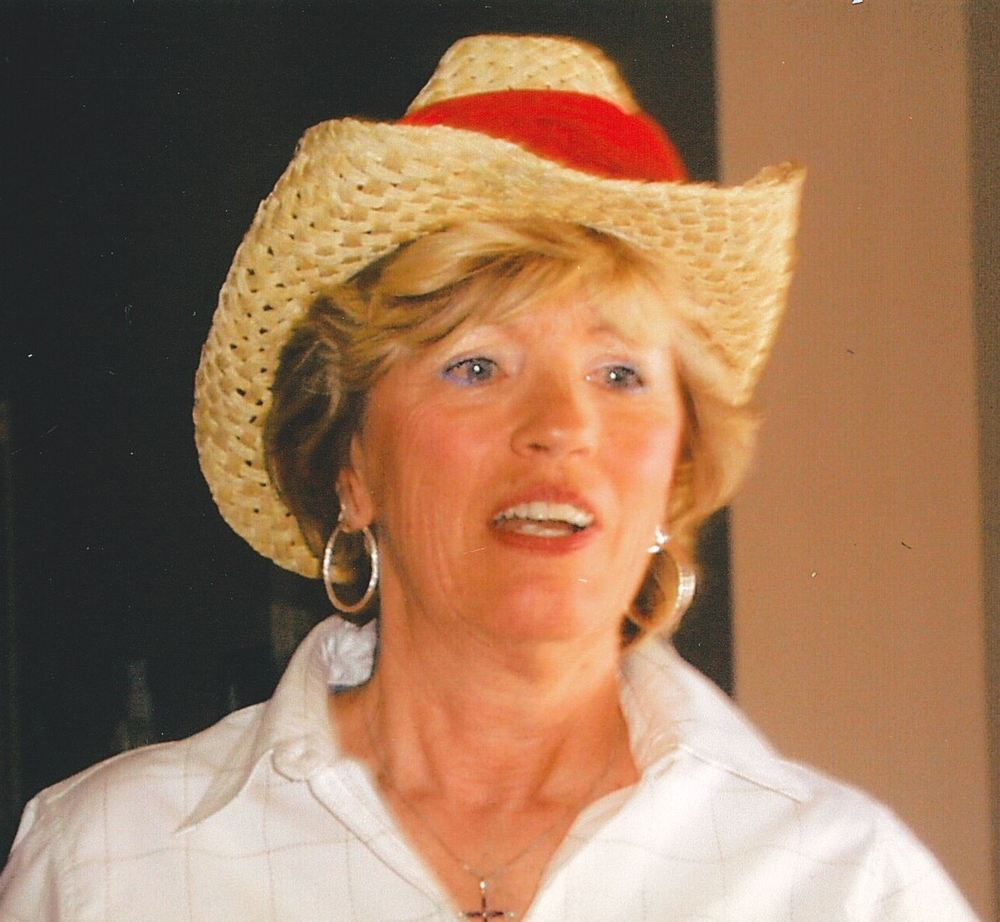 Vicki Lynn Forni, of Boalsburg, loving wife, mother, grandmother, and great-grandmother passed away peacefully on May 19, 2020. During her last days and on the day she passed, Vicki was surrounded by her family, candles and the musical sounds of her favorite entertainer, George Strait. Vicki more commonly known as V, courageously fought for a long period of time the cancer that eventually took her life. V was the daughter of Marge Toomey and Ralph H. McCabe and is survived by her husband Frank E. Forni, sons David and Mark Pirritano of Mclean Va. and grandchildren Aimee Finnigan, Candace and Brandon Pirritano, Elizabeth Ricks, Morgan Blenker, and several great grandchildren. V, while passing much too early, had a rich and full and exciting life. She was a warm and considerate person who loved and was loved by her many friends. She was born in Harrisburg, Pa. She was an Administrative Assistant in the Department of Motor Vehicles for the Commonwealth and then became a Test Administrator for the federal government testing persons desiring employment in the U.S. government including many young men and woman eager to join the military service. After retiring from the federal government, V was employed by Macy's in the fine jewelry department. During her life, V. had a passion for traveling and with her husband and at times with friends visited many of the European countries including England, Italy, Ireland, Germany, Spain, as well as Russia and China. However, the trip she enjoyed the most was a 3-week excursion to Kenya, Africa where she visited 5 different reserves flying from one to the other. V also enjoyed the skiing environment and was a good downhill skier while visiting many of the resorts in the United States, several in Canada and also trips to Switzerland and the Alps. One of V's more interesting experiences occurred in the 1980's when she helped organize a hayride for the neighbors during the Christmas holiday season. The purpose was to ride around the neighborhood singing carols. The only problem was that the horse pulling the hay wagon filled with people was so old that, at times, riders had to get off the wagon and help push the wagon on the snow filled roads in order to help the horse. The horse did well thanks to V and all had an enjoyable time. V. also enjoyed helping the Harris Township Lions Club as often as she could with their BBQ program and with their chocolate serving at Christmas time on the Boalsburg square. V was always impressed with the dedication and the work ethic of the lions and their spouses. V. was a Penn State sports fan especially in wrestling where she would yell with the best of them during a match. She also enjoyed her winter trips to Florida where she loved to be close to the ocean. Additionally, she would travel to Broadway to see a popular show and with friends would visit Atlantic City and Las Vegas, see a show and have a fine dinner with a cosmos, sometimes two. Then it would be an occasional visit to the slots where with the exception of one big win, she usually lost, had fun, but always under control. Also, during her lifetime, V. had opportunities to meet a number of celebrities including Arnie Palmer, the movie actor Jack Palance, Joe DiMaggio, President Clinton, Speaker "Tip" O'Neil and other well-known personalities and cherished those meetings. While V. was in the hospital and her husband was unable to visit due to the virus situation and just before falling into a semi coma and with a nurse by her side holding a phone to her ear, her last words to her husband were "I love you" This wonderful brave woman will be missed by all those that were close to her during her life. A special note of thanks is extended to the nurses and aides of the UPMC hospice unit. Their outstanding care of V in her final days is deeply appreciated by the family. V. attended mass at Our Lady of Victory Church and was fortunate to have received her last holy rites. At the request of the family services will be private. Memorial contributions may be made to the American Cancer Society, 1375 Martin St Ste 206, State College, PA 16803. Funeral arrangements are under the direction of Koch Funeral Home, State College. Online condolences and signing of the guest book may be entered at www.kochfuneralhome.com or visit us on Facebook.
To send flowers to the family or plant a tree in memory of Vicki Forni, please visit Tribute Store
Services for Vicki Forni
There are no events scheduled. You can still show your support by sending flowers directly to the family, or planting a memorial tree in memory of Vicki Forni.
Visit the Tribute Store

Share Your Memory of
Vicki
Upload Your Memory View All Memories
Be the first to upload a memory!
Share A Memory
Send Flowers