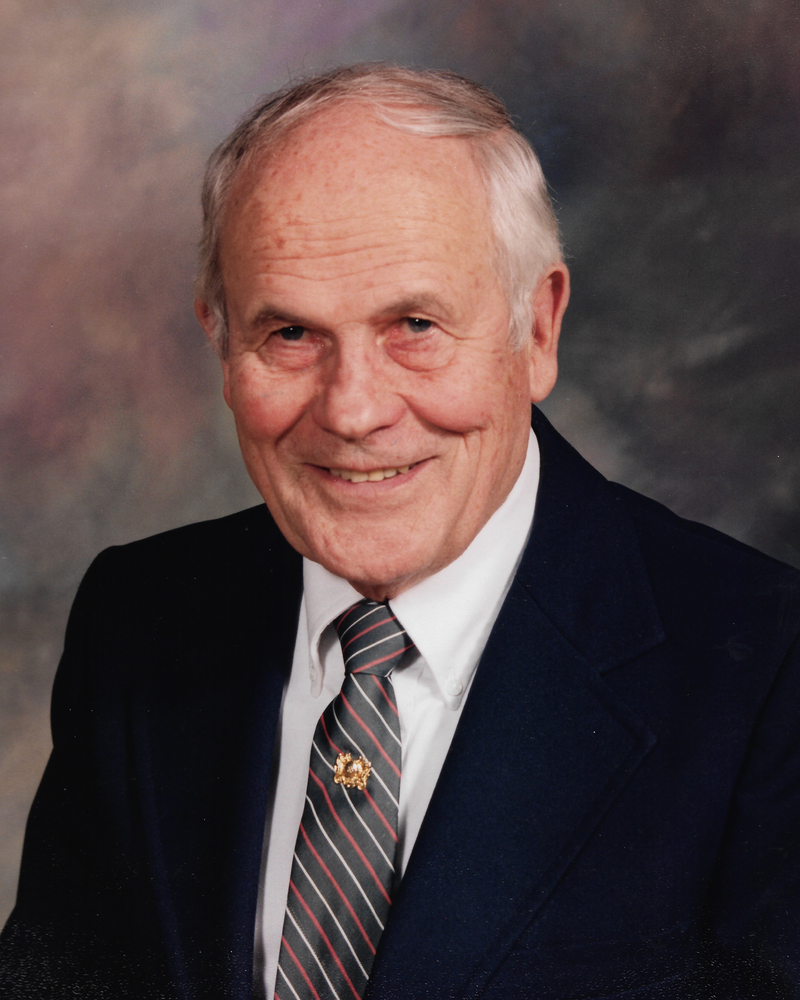 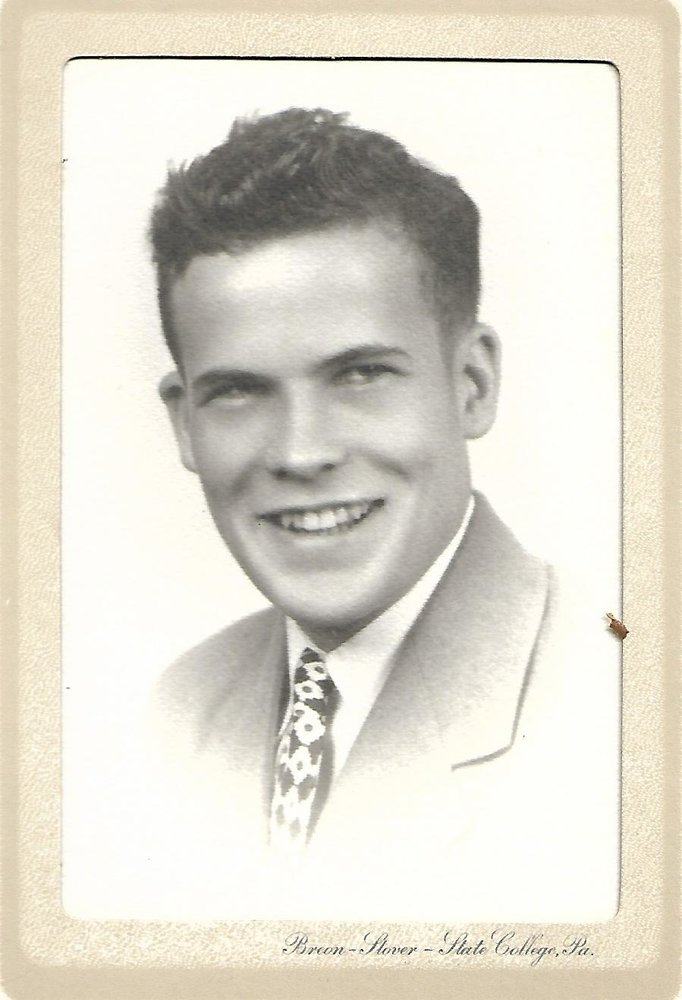 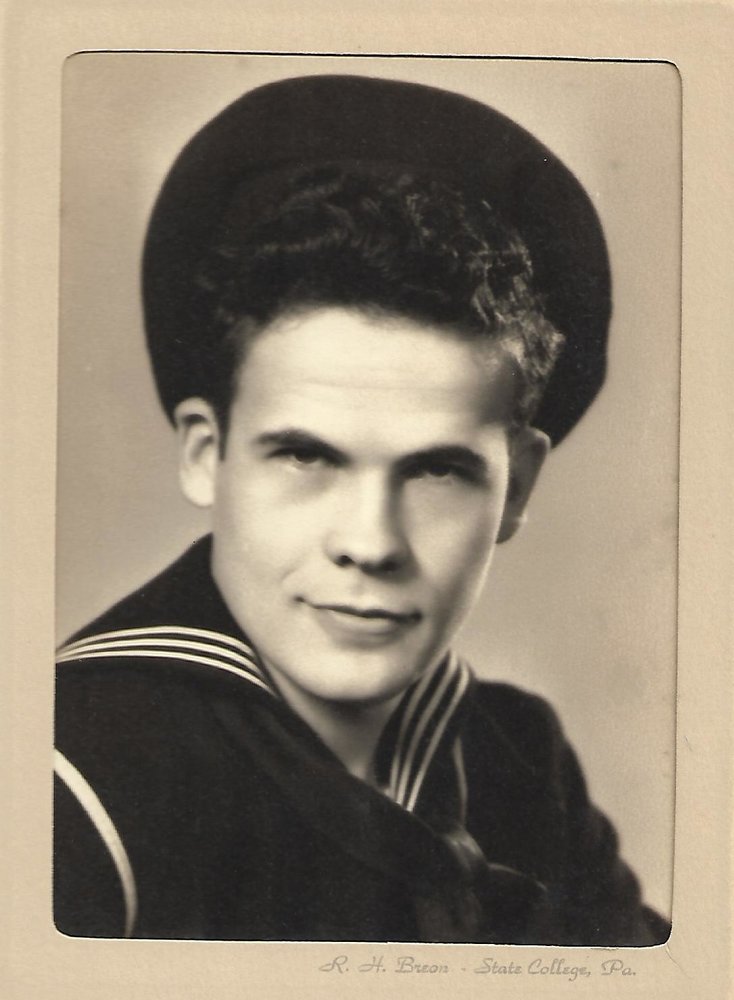 Donald James "Judge" Watkins passed away peacefully at the age of 93 on Saturday, February 6th, surrounded by family while watching home movies.

He was born on September 10th, 1927 in Doctor Glenn's office on Pugh Street in State College, Pennsylvania. He was the second child and only son of Ruth and Ray Watkins, who lived in a newly built house on the outskirts of town at 127 East Prospect Avenue. He attended the grade school on Fraser Street and moved up the hill to attend the State College Area High School on Fairmont Ave., where he lettered in football, wrestling and track. During High School, he earned his Eagle Scout award with Troop 1 (now Troop 31) at St Paul's United Methodist Church in State College. One high school summer, he and a friend rode their bicycles from State College to Canada to the seashore and back, camping along the road the entire way. Immediately upon graduation, he enlisted in the US Navy and was sent to the Pacific, where he served on a destroyer (USS JOHN R. CRAIG, DD885) during the Second World War. After Japan was defeated, he served with the occupation forces in Japan and China, which was the only time in his 93 years that he spent an appreciable amount of time away from State College. Upon his discharge, he returned home and attended the Pennsylvania State College (now PSU), where he was a brother in Phi Delta Theta Fraternity and lettered in wrestling, lacrosse and the intercollegiate boxing championship. He was the Penn State Wrestling Distinguished Alumnus for 2016. After earning a master's degree in Physical Education, he was hired by Penn State, where he spent over 30 years teaching in the College of Health, Physical Education and Recreation. He also worked with the football, soccer, wrestling, basketball and lacrosse teams as a trainer and coach.

He was a model citizen and served on various boards and committees in the State College Borough. He was also active in local sports, where he pitched softball for Rider Oldsmobile and was a formidable opponent in the faculty handball, squash, racquetball, softball and bowling leagues. He could often be seen abusing the grass on the Penn State golf courses. He served as an Assistant Scoutmaster with the Boy Scouts for many years. He was a devoted Life Member of the Alpha Fire Company, serving over 55 years with them, and was named their Fire Fighter of the year in 2001. He was a lifetime member of the State College Masonic Temple and a 38-year member of American Legion Post 245 of State College. He was honored as a hometown hero during 4thFest in 2013.

On March 12, 1960, he married fellow State High and Penn State Alum Diane Minor Drake, whose parents, Walter "Earle" and Evelyn, owned the Treasure House gift shop on College Ave. They were loyal and proud Penn Staters who enjoyed tailgating and high-spirited home games. Together they enjoyed playing bridge with their friends, golf, gardening, and fishing at their cottage in Canada where they had spent their honeymoon. They loved the outdoors. Their favorite times were with family and friends at their cabins. They built a house on East Irvin Avenue, where they raised two children and lived happily until Dee passed away in 1992. After nearly 28 years, they can be together again at last.

Don will be remembered as a loving husband, father and grandfather. He was a true friend, a man of integrity and commitment and an honorable patriot. Don is survived by his two children, Donald Joseph "DJ" Watkins and his wife, Carol, and Sue Ruth, both of State College and 5 Grandchildren, Tyler Meek and his wife Haillie of Guilford, CT, Olivia Watkins of Tacoma, WA and Sarah, Samantha and Donny Watkins all of State College, his nephew, Phil Crabtree of State College and his niece, Cathy Wirick of London, Ontario, Canada. In addition to his wife and parents, he was preceded in death by his beloved sister, Phyllis Watkins Crabtree. Both of his children and all of his grandchildren who are old enough are PSU Alumni and a grandchild is currently a student there.

The Watkins family would like to thank the caregivers of Wynwood House at Green Hills and Hospice for the love and care they showed Don throughout the years. Due to COVID-19 restrictions, there will be no public services at this time, but the family will host a celebration of life gathering once the restrictions are lifted. We look forward to sharing memories and stories of Don with his friends and loved ones at that time. Details for the gathering will be shared through the obituary sections when determined. In lieu of flowers, memorial contributions may be made to the Alpha Fire Company Memorial Scholarship fund or Boy Scout Troop 245 in care of American Legion Post 245.

Share Your Memory of
Donald
Upload Your Memory View All Memories
Be the first to upload a memory!