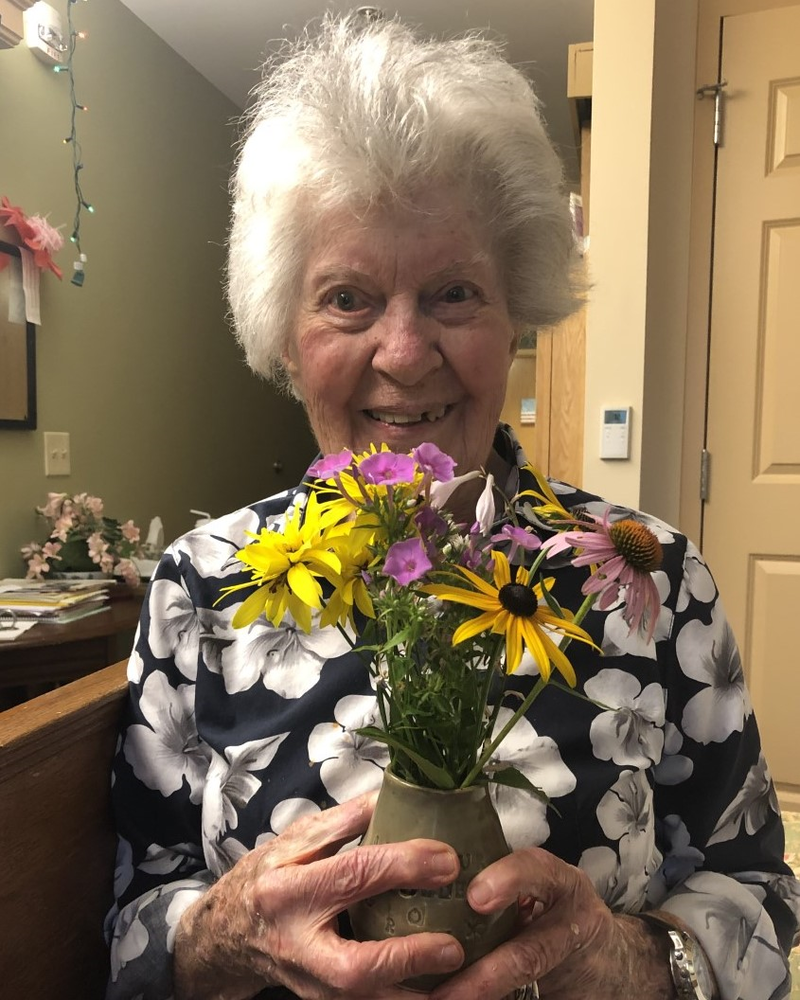 Born September 4, 1926, in Pittsburgh, she was the daughter of the late Harry and Margaret "Peg" Poerstel Reichard. On June 26, 1948, she married Orville "Obe" Charles Meister, who preceded her in death on December 1, 2012.

She is survived by two sons, Paul M. Meister and his wife, Pamala, of State College and Todd C. Meister of Salem, Oregon; four grandchildren, Michael T. Fahrenbach of Thornton, Colorado; Rachael M. Fahrenbach of Eugene, OR, Sean Douglas Meister of Portland, OR and Ben Reichard Meister of Portland, OR. In addition to her parents and husband, she was preceded in death by her daughter, Megan Margaret Meister, on March 30, 2019.

Billie was a graduate of Granby High School in Norfolk, VA and attended Auburn University. After she and Obe married, they settled in Crescent Hills near Pittsburgh where they raised their three children and became part of a very lively neighborhood. Always going full speed ahead, Billie obtained her real estate license and sold homes for twenty-five years before retiring. She and Obe loved the ocean and purchased a summer beach house in Dewey, DE where the entertained their children and grandchildren. She moved to Foxdale Village in 2013 and befriended many residents and staff.

Billie served as a Deacon and an Elder for the Beulah Presbyterian Church in Pittsburgh.

Services will be private at the convenience of the family. In lieu of flowers, donations may be made to Foxdale Village https://www.foxdalevillage.org/giving/ in memory of Billie Meister.

Share Your Memory of
Margaret
Upload Your Memory View All Memories
Be the first to upload a memory!