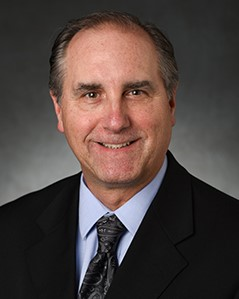 Daniel Thomas McCurdy III, loving husband, father, son, brother, uncle, and friend, passed away peacefully at his home in State College, PA on May 2, 2022, surrounded by his family.

Dan was born October 2, 1961, in Oak Park, Illinois to Daniel Thomas McCurdy, Jr. and Alberta (Ricki) Stazio McCurdy. He was raised in the Indian Hill neighborhood of Cincinnati, OH, the older brother to his beloved siblings Karen and Brad. He graduated from Indian Hill High School in 1979.

To say Dan was a scholar would be an understatement. His academic career spanned multiple institutions and his intellectual curiosity crossed multiple disciplines. He received a Bachelor of Arts in Psychology from DePauw University in 1983, followed by a Master of Arts in Exercise Science from The Ohio State University in 1989. Dan then spent a year working as an exercise physiologist at the U.S. Olympic Training Center in Colorado Springs, CO.

Seeking to advance his career in physiology, Dan entered a PhD program at the University of Illinois College of Medicine in Chicago, receiving his doctorate in Molecular Physiology and Biophysics in 1996. He then accepted a Post-doctoral Fellowship at the University of Vermont in Burlington, where he did research in the Department of Cardiology in the College of Medicine and served as an Assistant Professor.

The move to Vermont proved to be life changing for Dan. Settling into a townhouse by Lake Champlain, the neighbor two doors down caught his attention. Jeannie was a Burlington native who had recently moved back to town. Their connection was immediate. Dan and Jeannie quickly became inseparable, and it was clear to everyone that they were soulmates. They were married on January 15, 2000—a snowy, below zero day. In January 2001, they welcomed their first child, Cameron.

Later that year, the family relocated to State College so Dan could pursue an MBA at Penn State University, from which he graduated in 2003. Dan and Jeannie loved the community and stayed to raise their family in State College. When daughter Emma was born in April 2003, their family was complete.

Dan enjoyed a successful 13-year career in wealth management. In 2017, he returned to Penn State as the Associate Director of Major Gifts for the College of Engineering, a position he held until earlier this year.

For all his academic and career successes, Dan was above all else a loving and devoted husband and father. He was very proud of his children and supported their academic achievements and athletic endeavors. He adored Jeannie and they were true partners in the life they built together. Dan was also a devoted and supportive son to his wonderful parents with whom he spoke daily. He was a wryly funny, optimistic and hardworking person who loved tennis, the outdoors and was an enthusiast of all sports. In addition to close bonds with his own siblings, Dan also shared special relationships with Jeannie's family. He could often be found traveling from one end of the East Coast to the other to spend time with the people he loved.

Dan was diagnosed with cancer in May 2020. Despite declining health, he never lost his sense of humor or persevering spirit. We will remember Dan's dry-witted humor, always with a raised eyebrow making sure you got the joke too. He was the definition of a good man.

Dan is survived by his beloved wife Jeannie and children Cameron and Emma, his loving parents Dan and Ricki McCurdy, siblings Karen McDonald (Tom) and Brad McCurdy (Cheryl) and their children and Jeannie's siblings and their families--the extended Weiler/Steady family.

A memorial service will be held on Saturday, May 21, at 11:00 am at Calvary Baptist Church, 150 Harvest Fields Drive, Boalsburg PA 16820. In lieu of flowers, please consider a donation to Family Hospice – Part of UPMC tiny.cc/FHmemorial. or the Cancer Care Partnership at Mount Nittany Health https://foundation.mountnittany.org/ Designation: Other- Cancer Care Partnership

Share Your Memory of
Dr. Daniel
Upload Your Memory View All Memories
Be the first to upload a memory!
Share A Memory