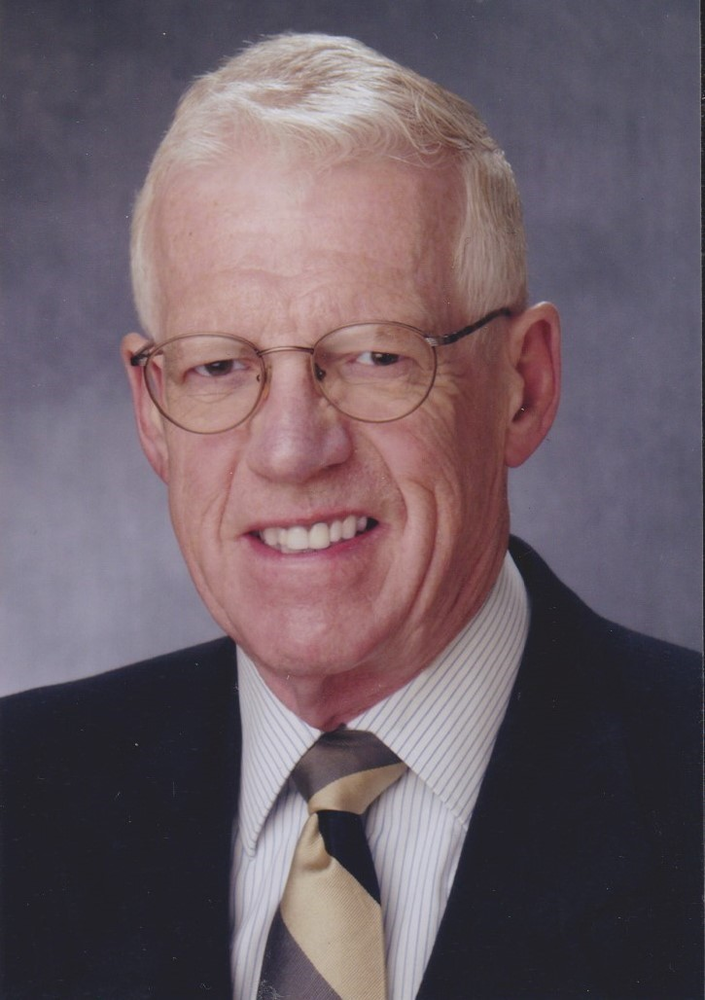 Gerard J. Brault, 90, Edwin Erle Sparks Professor Emeritus of French and Medieval Studies at the Pennsylvania State University, died at Foxdale Village in State College February 5, 2020. Born in Chicopee Falls, Mass., on November 7, 1929, he was the son of the late Philias J. and Aline (Rémillard) Brault. His parents were immigrants of modest means from Lacolle, Quebec, in 1921. He was a graduate of Assumption Prep and College in Worcester, Mass. He always believed that his ethnicity and education exerted a very positive influence on his life. He earned a master's degree in French cum laude from Laval University, Quebec City, in 1952. He played varsity basketball in college and graduate school. In 1958 he was awarded a Ph.D. in romance languages from the University of Pennsylvania under the direction of Dr. William Roach. In June 1948, while he was still in college, he joined the Massachusetts National Guard and, on Dec. 31, 1951, during the Korean War, he enlisted in the U.S. Army. During basic training at Fort Dix, N.J., he was awarded the Expert Shooting Badge in rifle. After 14 weeks schooling at Fort Holabird, Md., he proudly served 11 months in Europe as a special agent in the 66th Counter Intelligence Corps, mostly in its field office in La Rochelle, France. For his Army service he received the National Defense Service and the Good Conduct medals. On Jan. 23, 1954, he married Jeanne L. Pepin in Assumption Catholic Church, Chicopee, Mass. They celebrated every day of their 66 years as a married couple. Gerard taught French at Bowdoin College, then at the University of Pennsylvania in Philadelphia, where he also was vice dean of the graduate school. In 1965, he was appointed professor and head of the Department of French at Penn State, where he enjoyed the rest of his career. He was named Distinguished Professor of French and Medieval Studies in 1990, then Sparks Professor later the same year. He retired from Penn State on Dec. 31, 1997. He wrote numerous books and articles about medieval French literature and, from 1985 to 1988, served as president of the Société Rencevals, an international organization for the advancement of romance epic studies. Among his most important works were his two-volume edition of the "Song of Roland" (1978), a landmark literary analysis and modern English translation of the poem; "Early Blazon," (1972); and his 1997 "The Rolls of Arms of Edward I (1272-1207)." The latter earned him the Riquer Prize of the Académie Internationale d'Héraldique and the Bickersteth Medal of the Institute of Heraldic and Genealogical Studies. His book, "The French-Canadian Heritage in New England," (1986) demonstrated his great interest in his forebears and their descendants in the Northeast, and is treasured by his family. He was awarded France's Ordre des Palmes Académiques and Ordre National du Mérite, both with the rank of officer. In 1976, Assumption College conferred an honorary degree on him, and at Penn State, he was elected a Fellow of the Institute for the Arts and Humanities in 1976. He was deeply devoted to his wife, children and grandchildren, all of whom survive him. He loved to travel with Jeanne, especially to France, and after his retirement, they spent 12 happy winters in Green Valley, Ariz. He enjoyed working out, lap swimming, walking and reading both fiction and non-fiction. He was among Penn State's most devoted football fans. On June 12, 2013, he survived a cardiac arrest while doing laps in the Welch Pool thanks to the rescue efforts of three alert young lifeguards. A devout Catholic, Gerard was a parishioner of Our Lady of Victory Parish in State College, where he served, early on, as a religious education instructor, a lector and a Eucharistic minister. In 2008, he wrote the parish history for OLV's centennial booklet. Gerard is survived by his beloved wife, Jeanne; his son Francis (Suzanne) of Eldersburg, Md.; two daughters, Anne-Marie Welsh (Timothy) of Erie, Pa., and Suzanne E. Dannenmueller (fiancée of Ned Brokloff) of State College, Pa.; a sister, Sister Evelyn R. Brault, S.A.S.V., of Worcester, Mass.; and eight grandchildren: Kara W., Rena Marie Brault, Erin Brault, Emily (Evan) Holwick, Alice Welsh, Bryan Welsh, Carly (Leland) Hollensbe and Zoe Dannenmueller. Two other sisters, Irene G. Harrell of Seattle, Wash., and Cecile T. Brault of Chicopee Falls, Mass., predeceased him. Friends and relatives will be received from 10:30 to 11:30 am at Our Lady of Victory Church, 820 Westerly Parkway, State College, on Saturday, February 8, followed by a Mass of Christian burial held at OLV at 11:30 am. Inurnment and graveside services will follow at Centre County Memorial Park, 1032 Benner Pike. In lieu of flowers, memorial contributions may be made to the French Institute, Assumption College, 500 Salisbury St., Worcester Mass., 01609. Arrangements are under the care of Koch Funeral Home, State College. Online condolences and signing of the guest book may be entered at www.kochfuneralhome.com.
Saturday
8
February

Share Your Memory of
Gerard
Upload Your Memory View All Memories
Be the first to upload a memory!
Share A Memory
Send Flowers