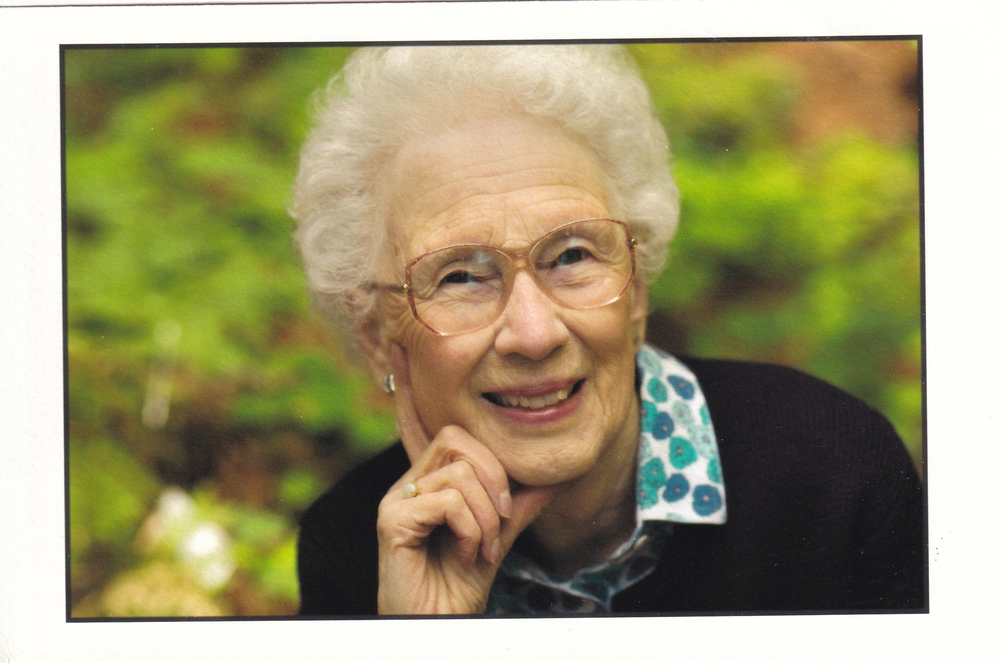 Elizabeth Ann Fortmann passed away peacefully on Sunday morning, May 17th, in her room at Foxdale Village in State College, Pennsylvania. She was 99. Zanne, as she was known to family and friends, was born on December 8, 1920 in Saint Joseph hospital in Eureka California, the daughter of Harrison Rae Bartlett and Emeline Palmer Bartlett. Zanne graduated from Eureka Senior High in January 1939 and immediately enrolled at Humboldt State College in Arcada, California. After 1 ½ years she transferred to Oregon State University in Corvallis, Oregon. During her first year at Oregon State, Zanne met Henry R. ("Hank") Fortmann, who was in a Master's program in Agronomy. Zanne graduated from Oregon State in 1942, with a degree in Home Economics. She and Hank were married in 1942, after he enlisted in the Marine Corps Officer Candidate School. Subsequently, he served in the Pacific theatre – including as a forward observer on Iwo Jima and in Japan following Japan's surrender. While Hank was serving in the Marines, Zanne worked as a librarian, 8th grade English teacher and as a technician testing oil samples for Standard Oil of California at a facility in Port Richmond, California. Upon Hank's return from the war, Zanne and Hank moved to Ithaca, New York, where Hank enrolled in a PhD program and Zanne taught adult education night courses in home economics. Their first two children – Louise and Cathy – were born in Ithaca. Zanne and Hank moved to State College in 1949 – when it had some 6,000 residents. Their third child, Richard, was born in Bellefonte Hospital because State College did not have a hospital of its own. Throughout their lives in State College, Zanne and Hank were avid bridge players, orchid growers (with over 450 orchids in the greenhouse Hank built in the back of the house), and dancers. Zanne went back to school, earning a second Bachelor's degree, and then, in 1975, a Master's in East Asian Studies at Penn State University. She volunteered for 10 years at the Schlow Library, and served as a docent at the Palmer Museum of Art and at Curtin Village. Hank passed away in 1981. Zanne is survived by her three children: Louise Fortmann (Emery Roe), Cathy Bauer (Bruce Bauer) and Richard Fortmann (Anne Crowley). She also is survived by grandchildren Charlie (Kelly) Bauer and Scott Fortmann-Roe (Agnieszka) and great grandchildren Hazel and Olive Bauer and Anna and Stella Fortmann-Roe. Zanne was a member of the Grace Lutheran Church in State College. Private burial will be at Centre County Memorial Park. In lieu of flowers, memorial contributions may be made to the Palmer Museum of Art, or the charity of your choice. Arrangements are under the care of Koch Funeral Home, State College. Online condolences and signing of the guestbook may be entered at www.kochfuneralhome.com.
To send flowers to the family or plant a tree in memory of Elizabeth Fortmann, please visit Tribute Store
Wednesday
20
May

Share Your Memory of
Elizabeth
Upload Your Memory View All Memories
Be the first to upload a memory!
Share A Memory
Send Flowers